Today, I'm sharing the post from an author friend. I liked what she had to say about being a "cowboy" isn't about wearing the boots and hat, it about living by the "cowboy code." I hope you like as much as I did.

July 22 is National Day of the Cowboy. We in American have set aside a special day to recognize and celebrate cowboys.
What it is about cowboys and the cowboy lifestyle we find so compelling? I asked this question of other authors and got surprisingly similar answers. Or maybe it’s not so surprising.
Summed up, we all share a deep love for the iconic cowboy. He’s the hero of our romance novels, he has equal parts courage and honor, and he follows a code of ethics that don’t just guide him, they define him. 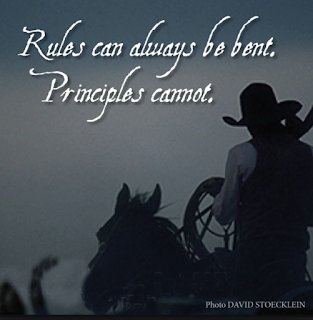 Historically, the “cowboy code” wasn’t a set of laws or statutes, it wasn’t even written down. Rather, it was about core values, and an unspoken understanding about how one should behave—in public and in private. Here’s a nice summation:

Even today, this “cowboy code,” or “code of the West,” speaks to us. Why?
I think it’s because it inspires us to be better than we often are, and it reminds us that these are the kind of values that will truly make a nation great.

But makes a cowboy a cowboy? It isn’t putting on jeans and boots and a hat, and driving around in a truck listening to country music, or displaying guns, or flying your colors. Feel free to do all that (this is what freedom grants you), but if you’re coarse and rude, or dishonest and lazy, the rest of package doesn’t matter. True cowboys, using the iconic definition I talked about earlier, are those who live by “the code.” 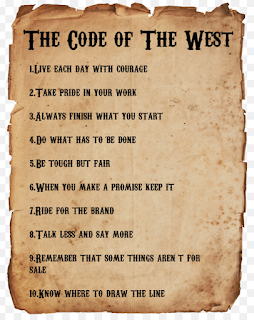 In reality, the original “cowboys” were mostly young men in their late teens and early twenties, who sought adventure and money as drovers taking cattle across rough, often hostile, country. They worked long hours, often through sleepless nights, keeping the herd together, safe and pointed north until they reached the rail-head. Most of the men who worked this job didn’t even own the cattle. If the owner was a rancher, he might ride along, but not always; and sometimes the owners were businesses, not individuals. 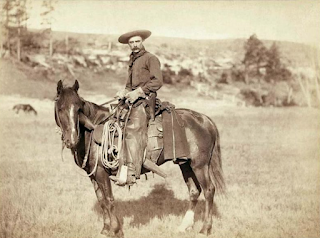 It generally took upwards of three months to reach the rail-head, where the cows would be loaded to be taken east to a slaughterhouse. Most of the cross-country cattle drives (such as the ones we think of when we hear “The Chisholm Trail”) were made in the early 1870s, before the railroads connected Texas to eastern markets.

Cowboys faced natural disasters (frequent storms and flooding), stampedes caused by any number of factors, inhospitable strangers, such as the farmers who hated the Texas cattlemen because of tick fever … and the list of obstacles goes on and on. Cowboys relied on physical vigor, cleverness, and sheer determination, along with the experience they gained along the way. 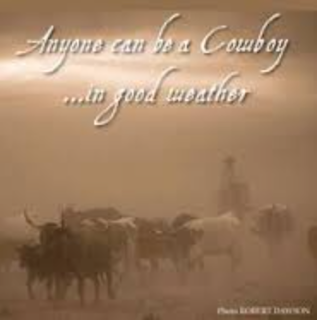 Out on the frontier, cowboys had to depend on each other’s character rather than depend on a set of written laws. In fact, the cowboy tended to be a mite independent (translate that, stubborn as a mule’s hind end). He might flaunt the law of a territory or state, particularly if he didn’t think it made sense, but you could count on him to abide by the code. Those who didn’t were drummed out of the brotherhood, at the very least.

Yes, cowboys could be wild, and at times, violent. They could also be generous, loyal and considerate, particularly to ladies. Were they perfect? Hell, no. And I’m betting they’d laugh if someone told them today they’re considered heroes with a special day set aside to honor them. 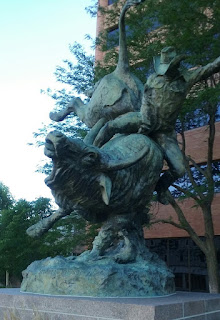 I’d like to introduce you to Texas Hardts, which follows a family steeped in the cowboy code.

Ross Hardt must marry a proper lady to reclaim his inheritance. Among the few remaining prospects is a beautiful, sassy widow who has tantalized him from the day they first met--the same day she slapped his face.

Susannah Braddock journeyed west on The Bride Train in search of agood father for her young son, but on the lawless frontier few candidates meet her requirements, least of all the arrogant, demanding, unfeeling railroad agent.

As Fate—and Ross’s scheming—draws them closer, Susannah glimpses unexpected tenderness beneath his harsh exterior, and she’s tempted by the fiery passion that flares between them. But when a secret comes out that threatens to destroy their budding relationship, passion isn’t enough. Only love can weather the oncoming storm.

Seducing Susannah features the founders of a legendary Texas ranch, and Maybe Baby kicks off a series about their descendants

Jen Chandler can’t ignore the urgent ticking of her biological clock, no matter how many hours she puts in at work. The nesting instinct has kicked in big-time, and she wants a baby. After too many failed relationships, plus issues with intimacy, she isn't interested in obtaining a husband. Instead, she sets out in search of a sperm donor to make her dream come true.

Logan Hardt, a laid-back cowboy who shows up at her Atlanta home one day, turns out to have the right genes, as well as a pressing need for cash. But he's seduced by more than Jen’s generous offer, and the closer the time comes to say goodbye, the less willing he is to honor a contract that would require him to walk away and never look back.

Could a contract between them lead to more than a baby? Maybe.

Thanks for reading Elisabeth's Blog. Post a thank you on FB or Tweet on National Day of the Cowboy. It's all about honoring our past and respecting those who blazed the trail.